Brisbane is home to an extensive network of bikeways and shared pathways, which are a great way of getting to and from a variety of destinations such as shops, parks, cafes, bus and train stations, schools and universities.

Did you know that one of Brisbane’s best bikeways might be closer to you than you think? One-third of people in Brisbane live within 300 metres of at least one of the bikeways featured below, and almost two thirds live within a kilometre.

It’s time to get riding and explore Brisbane’s bikeways!

There is also a city centre connections map to help you cross the river safely and an interactive bikeway map to help plan your ride, showing the locations of bike parking, drinking fountains, CityCycle stations and bike availability. 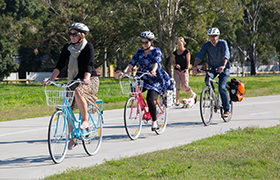 The inner north to city centre map takes you along the North Brisbane Bikeway, from Lutwyche to the city centre and beyond. 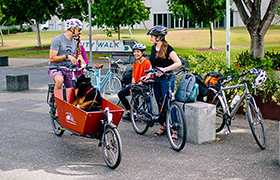 The inner south to city centre map takes you from Tarragindi to the city ventre, via the Veloway 1 - running adjacent to the Pacific Motorway and connecting to the Kangaroo Point Bikeway. 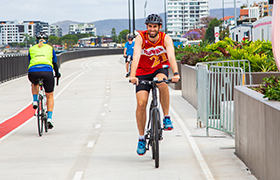 The inner east to city centre map connects you to the city via the Kangaroo Point Bikeway and new Lores Bonney Riverwalk along Kingsford Smith Drive.

The inner west to city centre map takes you via the Western Freeway Bikeway and Bicentennial Bikeway, beginning at Kenmore through to the city centre and beyond. 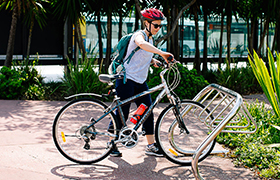 This map shows you how the Kedron Brook Bikeway can connect you to a number of key destinations throughout the inner northern suburbs. 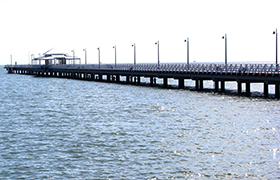 This map connects from the Kedron Brook Bikeway and connects you through to the Sandgate and Shorncliffe foreshores via the Jim Soorley Bikeway. 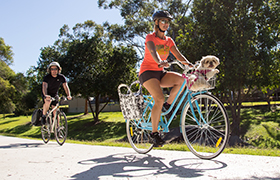 This map shows you how the Downfall Creek Bikeway can connect you from McDowall to Virginia, via Chermside and 7th Brigade Park. 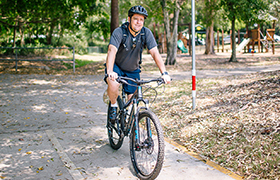 The Cabbage Tree Creek Bikeway is a hidden gem of the northern suburbs, connecting McDowall through to the Bracken Ridge and the new BMX facility. 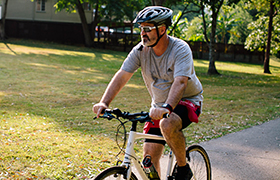 This map utilises the Ithaca Creek and Enoggera Bikeways along the Breakfast Creek, connecting Ashgrove to Herston and on to the North Brisbane and Kedron Brook Bikeways. 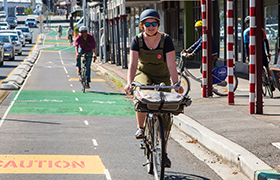 Woolloongabba to University of Queensland (UQ)

This map shows you how the new Woolloongabba Bikeway connects you to the city centre, as well up Annerley Road and across the Eleanor Schonell Bridge to UQ. 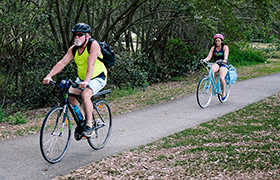 The Norman Creek Bikeway commences at Tarragindi and takes you through to Norman Park, with many connections to the city centre. 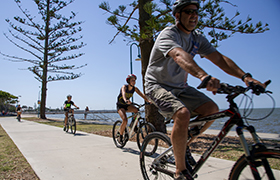 The Wynnum Manly Foreshore is the perfect weekend ride for the family, with seaside views and plenty of lunch options. 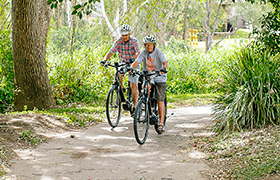 The Bulimba Creek Bikeway is Brisbane's longest bikeway, stretching from Wishart, passing through Carindale Recreational Reserve and on to Murarrie. 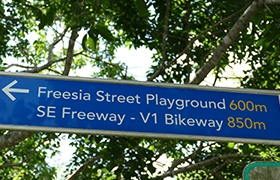 This map shows how off-road and on-road bikeways can connect you from Runcorn to Mount Gravatt, including a link to Westfield Garden City. 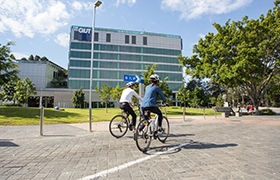 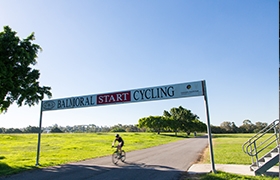 This map shows how you can ride from Murarrie to Hamilton via the Gateway Motorway and the Lores Bonney Riverwalk. 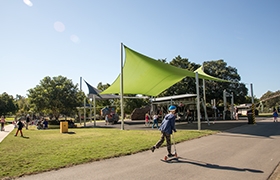 This map provides two options for riding from Darra to Fig Tree Pocket. One will suit riders wanting to take a direct route, while the other will appeal to those who’d like to include some riverside riding. 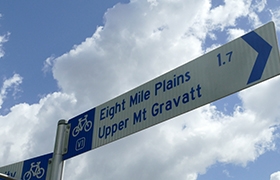 This map connects you from Eight Mile Plains to Tarragindi, with links to a range of facilities including Westfield Garden City, Garden City Bus Station and Library, and Griffith University campuses. 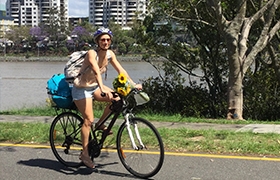 This map provides a convenient and quick route between West End and the city centre along the Brisbane River. 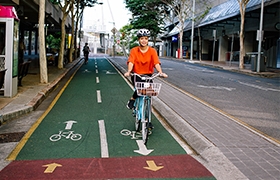 This map shows you how to get from north to west, east, south, and vice versa through the city centre. 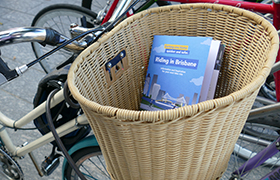 The Riding in Brisbane guide includes printed maps for all bikeways and is packed with essential information and resources to get you riding.